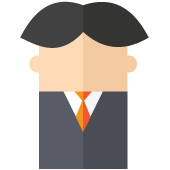 Every year, domestic violence victims sustain serious injuries, and some are even murdered. To prevent such occurrences, domestic violence victims can protect themselves by filing for a protective order with the help of a family lawyer. Basically, a protective order instructs a particular individual not to harm another person, or else they may face serious legal consequences. Read on for more insight.

What protective orders protect against

As earlier mentioned, protective orders apply often in cases involving domestic assault. The order may be issued by a family court when domestic violence in the form of hitting, slapping, kicking or sexual abuse has occurred. Other actions that may necessitate a protective order include harassment, stalking or verbal abuse.

The most fundamental mandate of a protective order is to bar the alleged aggressor from entering the victim's home or place of work. It bars any form of direct contact from the named aggressor, such as social media contact, phone calls or email.

Moreover, the protective order may address a number of domestic issues. In case the parties lived under the same roof, the protective order may instruct the named aggressor to find another place to stay. If both parties have kids together, the court may issue a child support order or a restriction of visitation between the named abuser and the kids.

Stipulations for a protective order

If you have suffered domestic violence and want a protective order, you must prove to the family court of a looming risk of danger. Moreover, you must have some sort of relationship with the alleged aggressor. State law can define the stipulated relationship as being one involving existing or former spouses, family members, persons currently or previously sharing the same home or co-parents of a kid.

When establishing whether there's a looming risk of harm to warrant the issuance of protective orders, the court looks at several aspects. One key aspect is the history involving the alleged aggressor and the victim and any past history of assault, harassment, stalking or threats. Another important aspect looked at is whether the supposed aggressor has previously caused harm to the victim's friends, family or loved ones. The court may also determine whether other protective orders have been issued against the supposed aggressor even if the victim was somebody else. Last but not least, the state court may also look at the criminal record of the defendant and see whether they have meted out violence to victims before.

You don't have to continue suffering domestic violence in silence. Consult a family lawyer and file for a protective order to protect yourself from continued abuse.